Festive spending leaves half of Brits with financial hangover 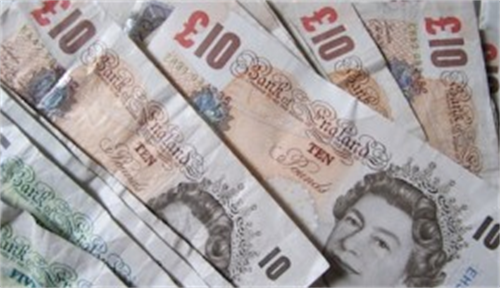 More than half of Brits are suffering a financial hangover following a festive spending spree during the Christmas period.

The average amount spent on Christmas hit £482 in 2013. Now, research from Halifax shows that 55 per cent of consumers are now cutting back to cover the outstanding cost of the Christmas period, after Brits overspent on seasonal outgoings.

More than one‐third (35 per cent) of respondents to the lender's survey said that they are still paying for Christmas, even though the decorations have long been taken down. Indeed, 6 per cent say their wallets will still be feeling when summer arrives.

Spending in moderation was not a phrase familiar in 2013, as 31 per cent spent more than they did in the previous year and a high proportion 29 per cent admitting they have overspent. 9 per cent said the total cost of their seasonal spending was in excess of £1,000.

The main reasons for overspending were people not wanting to disappoint their family (41 per cent), or wanting to have the 'perfect Christmas'.

When it came to spending nearly three quarters said they had no regrets when reviewing their actions. Despite this, people's situation post‐Christmas means one in five people are now cutting back on 'non‐ essential' activities.

Most people paid for Christmas using a combination of their current account, credit card and savings. 67 per cent relied upon their December salary, with 55 per cent dipping into their savings and 34 per cent using a credit card. 14 per cent went into their overdraft and 7 per cent resorted to a payday loan.

Could short‐letting be the cure for your seasonal hangover?

Short‐letting could be the cure for your seasonal hangover, according to some agents.

Short‐term lets involve renting out your London home for six weeks or more during the year, with the majority of lettings taking place during the summer holidays.

Ivy Lettings, the prestigious London agency specialising in short lets, argues that listing your home now could help to recoup financial outgoings during the Christmas holidays, as US and Canadian holidaymakers look to London to book their summer vacation during the first months of 2014.

To read this article in its original context, please follow this link:http://www.themovechannel.com/news/stories/festive-spending-leaves-half-of-brits-with-financial-hangover-151/