Gin has seen something of a hip revival, shrugging off the weight of its chequered 100-year past and restyling itself as a delightfully adaptable mixer. From a medicine peddled on the streets of London in the 18thcentury to today’s sophisticated blends of various botanicals, its renaissance has seen a boom in boutique distilleries, inspired ingredients and some pretty outrétonics. Relegating to history books the modest G&T with a slice of lemon, here’s our pick of London’s best gin bars.

With more than 350 gins on offer, The London Gin Club prides itself on a spectacular gin and tonic. From its careful choice of glass—no less than a Copa de Balon will do—to its twice-frozen ice, guaranteeing maximum chill, expect a very intelligent G&T at this esteemed drinking den. What’s more, the habitual slice of citrus has been carefully nudged aside for more interesting garnishes—rose petals, strawberries, mint—that are individually paired with the gin. World-class gins and cutting-edge urban art are honoured in equal measure at this trendy enclave on Soho’s prestigious Golden Square. With a heady count of 305 gin varieties stocked on its shelves, it offers a dazzling range of classic cocktails. Whatever your mood, there’s a gin and tonic to suit here, from spritely lemon and thyme flavours to a grown-up muddle of carrot and coriander. There’s plenty to look at as you sip. Graphic’s interiors are clad in some seriously witty contemporary art, including a piece by Turner Prize winner Mark Wallinger.

Tucked demurely beneath the lively Distillery on Portobello Road, The Ginstitute in the basement is a prime contender for London’s geekiest (in the best possible way) gin merchant. Its aim is to match the flavours of pre-1830s pot-distilled spirits, hence the presence of its three copper stills quietly processing the 40 per cent-alcohol nectars on its carefully curated menu. Allow its Ginstructors to guide you on a three-hour journey through gin’s troubled past, with a nose around some of its favourites and an opportunity to blend your own. Holborn Dining Room is a laid-back stalwart that hascertainly earned its place as one of London’s best gin bars. With a menu that brags more than 500 gins and 30 tonics, it might just win the G&T-filled trophy. Of that heady list of ingredients, there are more than 14,000 possible combinations, which means you’ll need to return more than once to ensure a fair trial. A quintessentially British afternoon tea meets the beloved British boozy tipple at this cosy enclave in Covent Garden. Every weekend, generous G&Teas are served in teapots alongside traditional teatime nibbles such as egg and cress-stuffed crustless sandwiches, crisp mini quiches and utterly decadent chocolate brownies. For something a little more adventurous than a gin and tonic, try the Do Give This A Chai: Spiced tea is muddled with Tanqueray London Dry Gin, lemon and honey for a refreshing kick. Experience quintessential British culture in the most vibrant capital city in the world while staying in one of Ivy's beautiful, affordable London vacation homes. 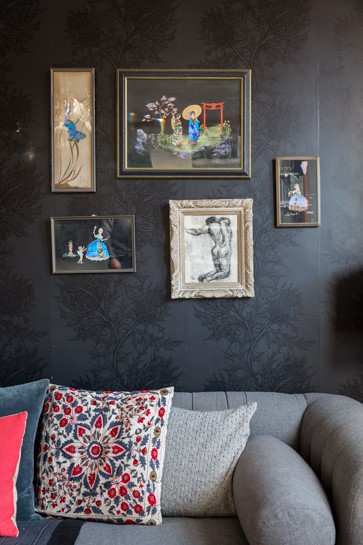